National Reconciliation Week was particularly special this year for Seaford Storm Netball Club as its teams wore bibs specially designed by one of their own – Kadence Burrell (Goldsmith, Wilson).

When the club reached out to its members seeking designs, Kadence – from the club’s 11 and Under side – was quick to raise her hand.

Her painting is symbolic of netballers coming together at their collective meeting place: the netball court.

The young netballer also paid homage to her club’s identity in her design. 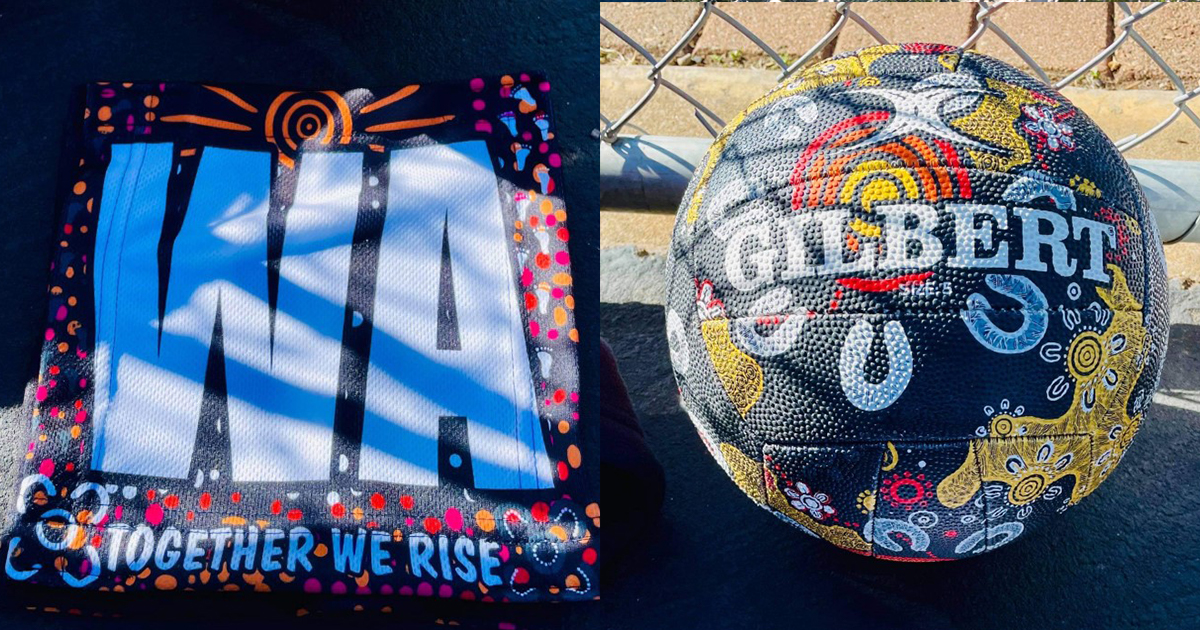 “The Black background with the white dots represents a dark stormy night. I wanted to do it because my team is called the Seaford Storm,” Kadence said.

“I did footprints in black (for Aboriginal people) and white (representing everyone else) on each side coming from the campfires (representing their homes).

“At the bottom I added the quote "Together We Rise" because anything is possible if we can all work together - sort of like how we work as a team in netball.”

From there, the club worked with JS Sports to recreate the art from canvas to the club’s bibs, in time for players to wear on Saturday, May 29.

“Saturday, May 29 will always be a special day for Kadence and our fellow Aboriginal and Torres Strait Island members,” Helen said.

“I was honoured to stand on the sideline and watch her play in the bibs that she designed.”