The Adelaide Thunderbirds unveiled their 2021 Indigenous dress ahead of the side’s Indigenous Round match on Sunday, May 30.

Over a series of workshops, the students created artwork that explored what netball meant to them and the role it plays in the community, which ultimately inspired Mr Cook’s final design. 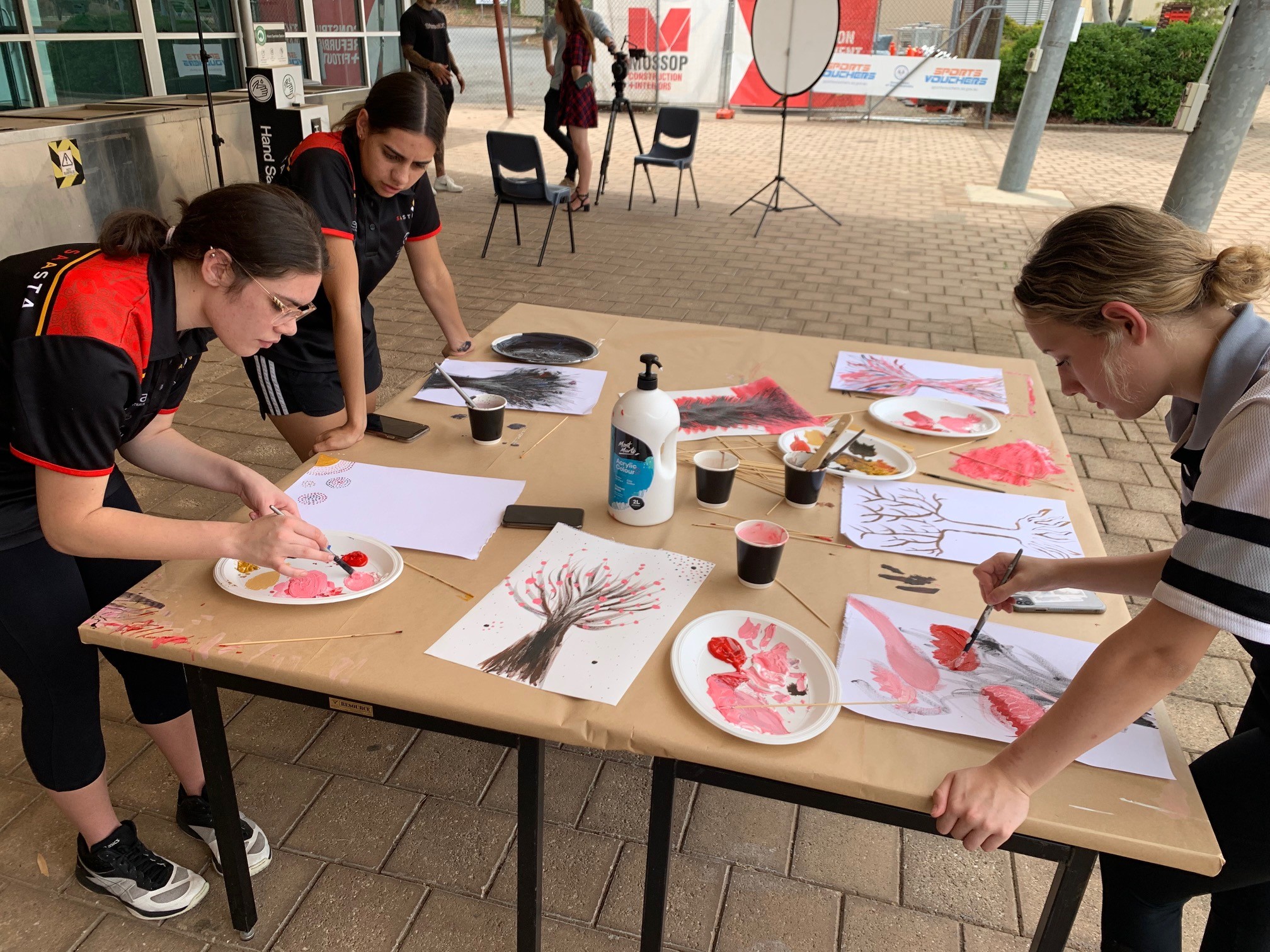 The tree design that featured in many of the student’s artwork is symbolic of life. The tree’s roots pay respect to grassroots netball and the ANA, while the trunk represents the Netball SA pathways leading up to elite netball which is symbolised by the leaves.

It also features the handprint of Mahleaha Buckskin – the first person to be raised speaking Kaurna language from birth in over 100 years – and the words “Wikaparntu Paitya” which translated from Kaurna language means “Netball is Deadly”.

On Thursday, May 20, the ANA students and Mr Cook presented the Thunderbirds with their new dresses as part of a cleansing ceremony hosted at Netball SA Stadium.

Mr Cook said his highlight of the entire process was watching the ANA athletes meet and interact with their netball heroes.

“Seeing the students connect with the Thunderbirds athletes has meant more to me than anything – sharing culture is what it’s all about,” Mr Cook said.

“You can’t be what you can’t see so I think it’s really important for their own development as young netballers to connect with the Thunderbirds and see what they could one day become.” 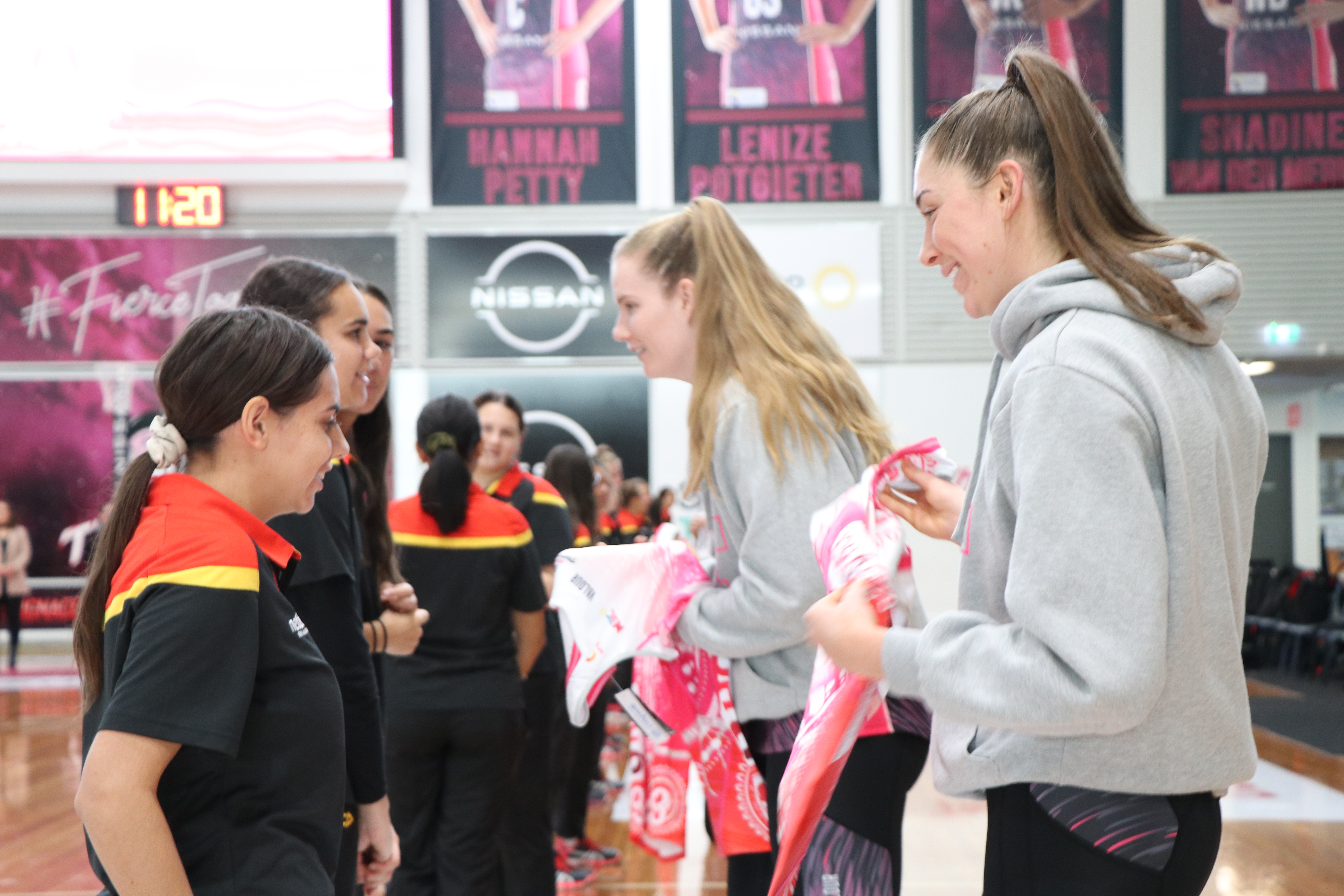 Thunderbirds’ defender Matilda Garrett said the side will be honoured to wear such a significant design in their match against the Sunshine Coast Lightning this Sunday.

“It means a lot to us that this dress was designed in collaboration with the ANA students,” Garrett said.

“Shane has done an amazing job but it’s really special that the students played such an integral role in the inspiration behind the design.” 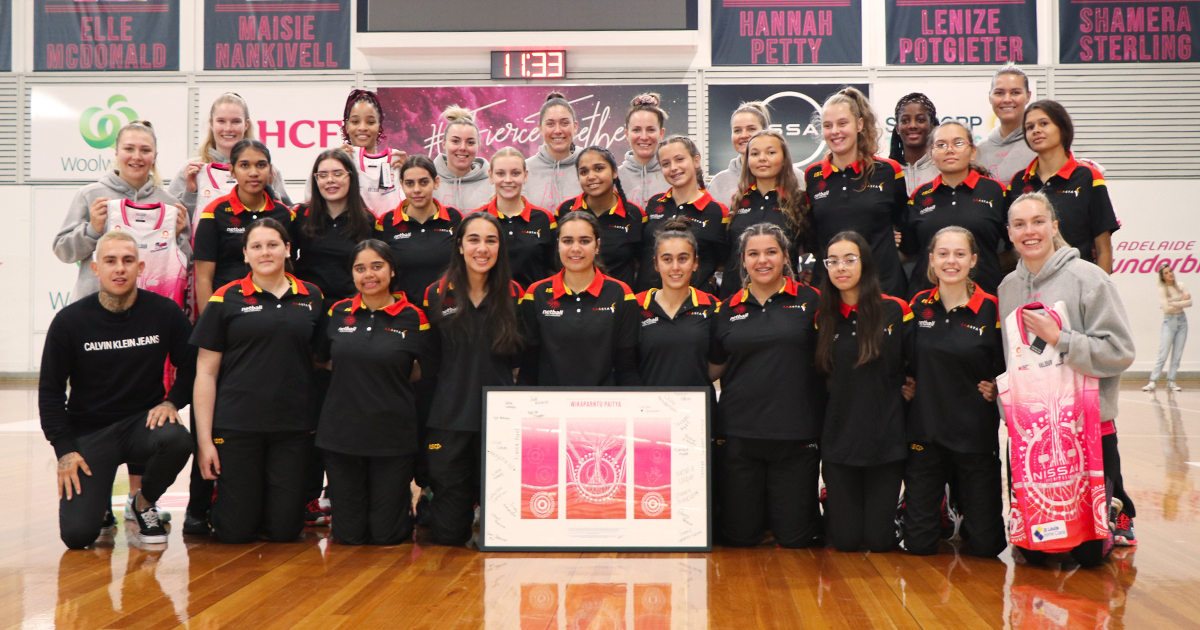 COMPETITION GUIDE: What’s on at the 2021 Country Championships