It has been a strange start to the 2020 winter season for netballers across SA, but there is finally light at the end of the tunnel for several associations commencing their seasons in the coming weeks.

While strict COVID-19 guidelines have presented challenges for club volunteers, the Hope Valley Netball Club (HVNC) is just one example of the netball community adjusting to get their players back on court.

For HVNC, who compete in the SA Districts Netball Association, creating a safe and compliant environment was their top priority.

“We needed to spread training out from our usual one night a week to be spread out over four nights to ensure that the teams would have sufficient space to train,” Ms Dawson said.

“This process was complicated by the fact that we share facilities with the Hope Valley Tennis Club, so there was some negotiation needed in order to use the courts on other nights.

“Coaches were advised to design training sessions which required no close contact. This meant lots of running for the players, which was a bit of a shock for some after weeks of inactivity.”

Committee members volunteered to act as COVID safety officers and a roster was put together to ensure someone was present each night to record attendance, clean the balls, sanitize surfaces and ensure social distancing was maintained. 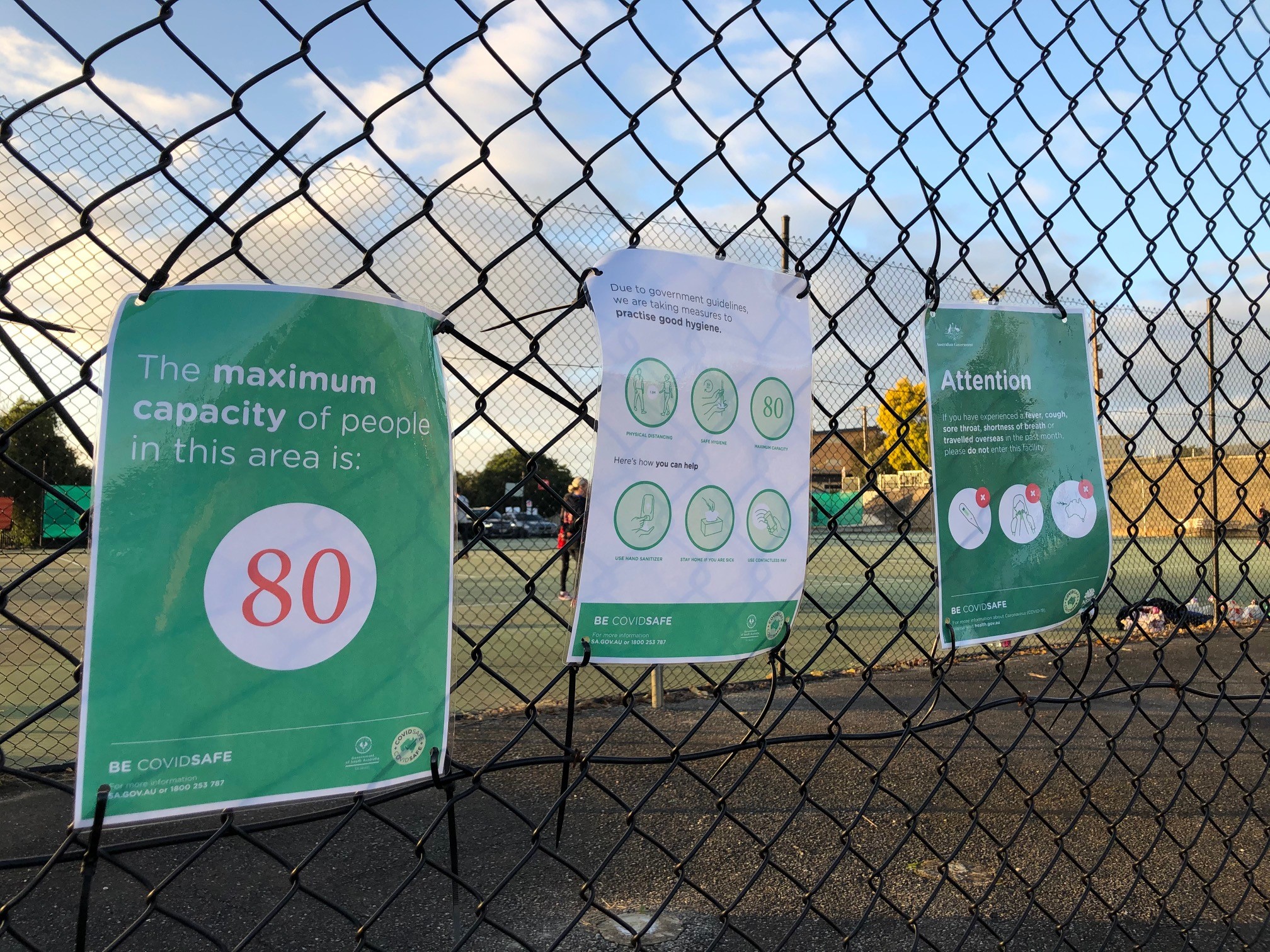 “We also had to put up appropriate signage at the courts, set up hand sanitizer at the entrance and exit points and used our Facebook group and emails to communicate the new protocols,” Ms Dawson said.

For Ms Dawson, seeing her club emerge from the pandemic stronger and more determined than ever has made all the extra work worth while.

“This has been a very challenging time for all sporting clubs, but we are slowly making progress and hopefully we will soon return to the sport that we all love,” Ms Dawson said.

“A situation such as this definitely makes you more appreciative of the role that sport plays in physical and mental well-being, so returning to the courts as soon as we can do so safely is our main focus.”