It’s not every day you get to train with your heroes, but for the SA Rubies, that dream became a reality this week as they received the surprise of a lifetime.

It’s not every day you get to train with your heroes, but for the SA Rubies, that dream became a reality this week as they received the surprise of a lifetime.

As the athletes gathered for their final session of the 2021 season, they were surprised by their idols - the entire Adelaide Thunderbirds squad.

Sadly, last week, the Marie Little Shield was cancelled due to the impact of COVID-19 across the country, leaving the Rubies without a competition for the second year running.

However, in true Rubies style, the 2019 gold medallists decided to focus on the silver lining: the title is theirs for another year.

To acknowledge and celebrate the hard work of this incredible group of athletes, the Thunderbirds decided to join them for their final training of the year.

Rubies coach Tricia Crockford said the experience was beyond anything her side could have imagined. 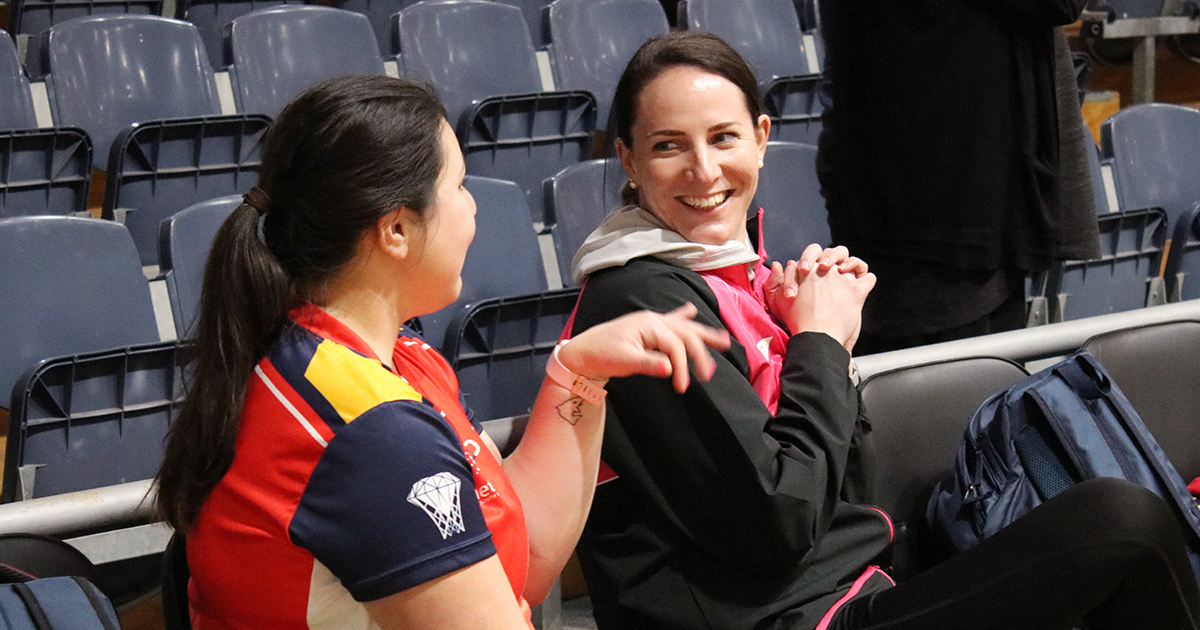 “We had some guesses about what the surprise might be, but we never thought we’d get the entire Thunderbirds squad,” Ms Crockford said.

“To see these elite athletes give back to our group was incredible and the interaction between them all was very moving.

“I have not seen some of my girls run like that in the eight years I’ve coached them – they were so driven by wanting to play like a Thunderbird and it brought out the best in them.”

Ms Crockford said the memory of training with their heroes would live with the Rubies forever.

“The recognition from Netball SA to organise the Thunderbirds was amazing, especially knowing the Rubies won’t get to play again in 2021,” Ms Crockford said.

“It gives the Rubies something to hang on to from this challenging year and the memory of last night will live with these girls forever.

“Now their final memory of 2021 will be training with the Thunderbirds instead of us not being able to play, and for our girls that is very powerful.”

Thunderbirds captain Hannah Petty said the experience was as special for her team as it was for the Rubies.

“We absolutely loved training with the Rubies, they’re amongst our biggest fans and we certainly see them at our games,” Petty said.

“They’re an amazing bunch of women and we were really inspired by their hard-work and passion for our great game.

“It’s disappointing they won’t be able to compete for the Shield again this year but the positive is they’ve made SA the champions for another year and we’re very proud of them for that.”