Netball SA’s top-tier competition will make its return next month, with the Premier League set to kick off on July 17.

After months of uncertainty following the outbreak of COVID-19, the eight clubs that compete in the Premier League finally have a date to work towards.

The 2020 season will be conducted in a condensed format with three games per fortnight, as opposed to the usual weekly schedule.

However, the three-week finals series will return to the typical weekly format.

One match per week during the minor rounds will be live streamed through Spacequake.

This announcement follows last week’s news that the Adelaide Metro Netball Division (AMND) – Netball SA’s largest competition for both juniors and seniors – will commence on July 18.

Netball SA CEO Bronwyn Klei said she was thrilled to see netball back ready for action.

“The past few months have been challenging for our sport, but I’m so excited to announce our Premier League finally has a start date,” Ms Klei said.

“It’s wonderful news for our state’s talented athletes who have worked so hard to earn their spots across the eight clubs.

“Also, knowing AMND was given the green light last week is huge for sport in our state as the competition represents our biggest participation of both junior and senior netballers.”

In addition, several associations across the state will hit the courts for the start of their 2020 seasons this weekend.

“The impact of COVID-19 certainly took its toll on our clubs and associations, so to know so many netballers will be back on court this weekend is wonderful,” Ms Klei said.

“The return of our sport is a real credit to the dedication and passion of our volunteers across SA who have gone above and beyond to make their seasons possible.” 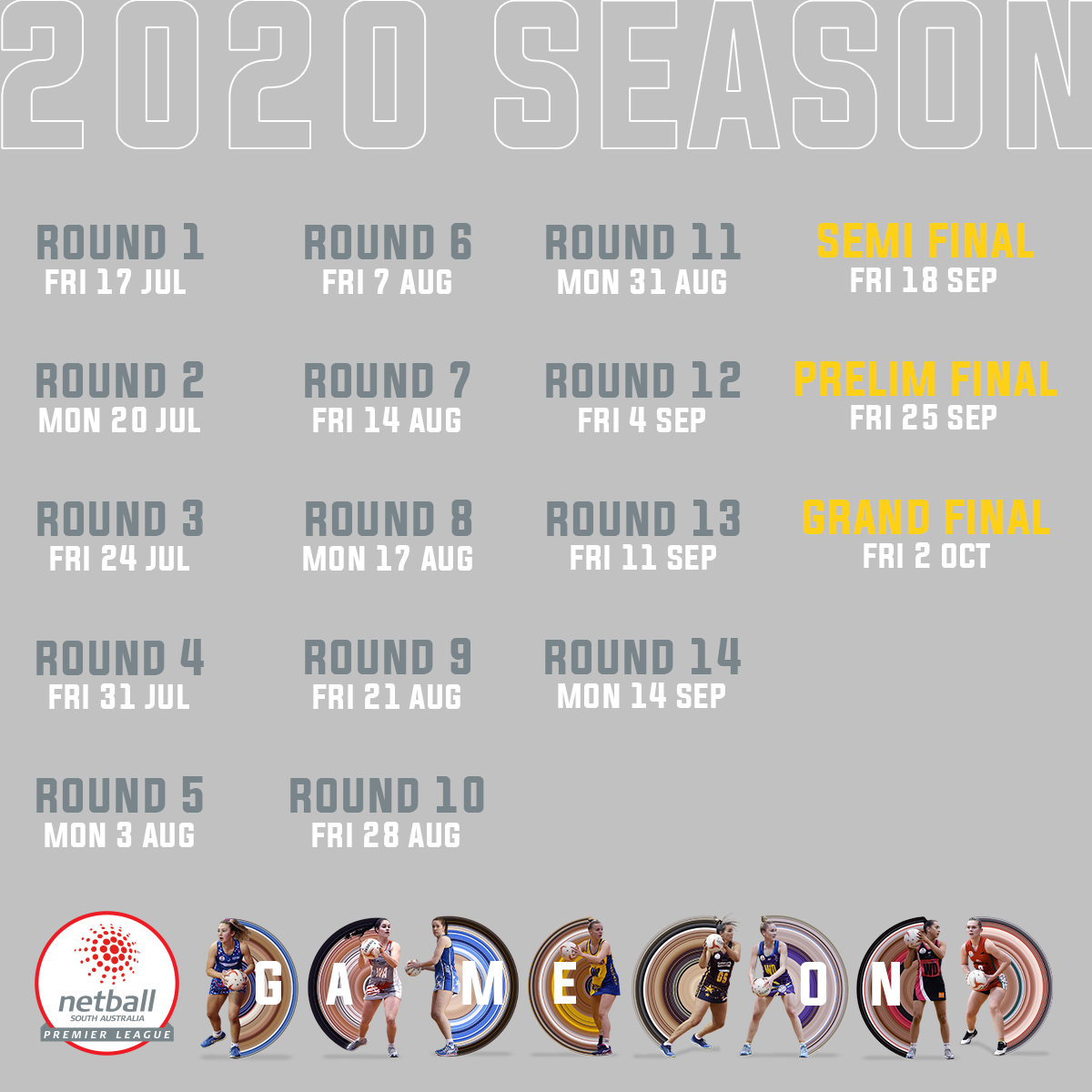