The SAASTA Aboriginal Netball Academy returned home last Tuesday after a rewarding tour to Darwin for the 2019 Arafura Games.

As one of the world’s leading multi-sport events for inclusivity, the Games saw over 1500 athletes from 40 Countries make the trip to the Northern Territory to compete across 17 sports. The netball competition saw 9 teams compete including Fiji, Singapore, Brunei, an Australian Defence Force representative team, SAASTA and three local NT teams.

The competition was tough and the calibre of teams competing in the competition was, at times, world class. Although the Games saw some large margins across the netball competition, it also proved to our Academy athletes that they have resilience, plenty of fight and wonderful comradery.

Amongst the highlights of the tour was meeting members of the Fiji team, many of whom will be competing in the upcoming World Cup in Liverpool. Lining up against Her Royal Highness Princess Fadzilah Lubabul Bolkiah of Brunei, who is the captain of the Brunei team, was also a special experience for our players.

Off court, they explored the great history of the city of Darwin. Visiting Litchfield National Park and the Darwin Museum were significant cultural touchstones, as was learning of the impact of Cyclone Tracey. The jumping crocodile cruise on the Mary River was a unique and exciting experience, with swimming in rock pools and water holes serving as a great way to wind down (fortunately the two were not connected). 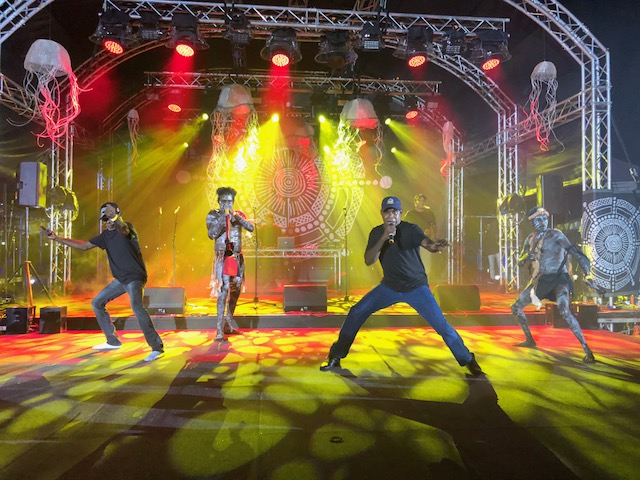 The most exciting and humbling experience of all, however, was the opportunity to be a part of the Closing Ceremony of the Arafura Games, which showcased a range of local Indigenous talent. It is sure to be a moment that will stay with every one of our players.

On behalf of the SAASTA Aboriginal Netball Academy, we would like to thank the Northern Territory Government for supporting the squad throughout the tournament and Netball NT for supplying us with some extra local indigenous talent.

Most of all, thank you to our Academy players! Even though the tournament didn’t pan out the way we would have hoped, it remains a fantastic means of exposure for our players at the highest level. Everyone is proud of your bravery on the court and ability to hold your heads high throughout. We hope you enjoyed the experience!